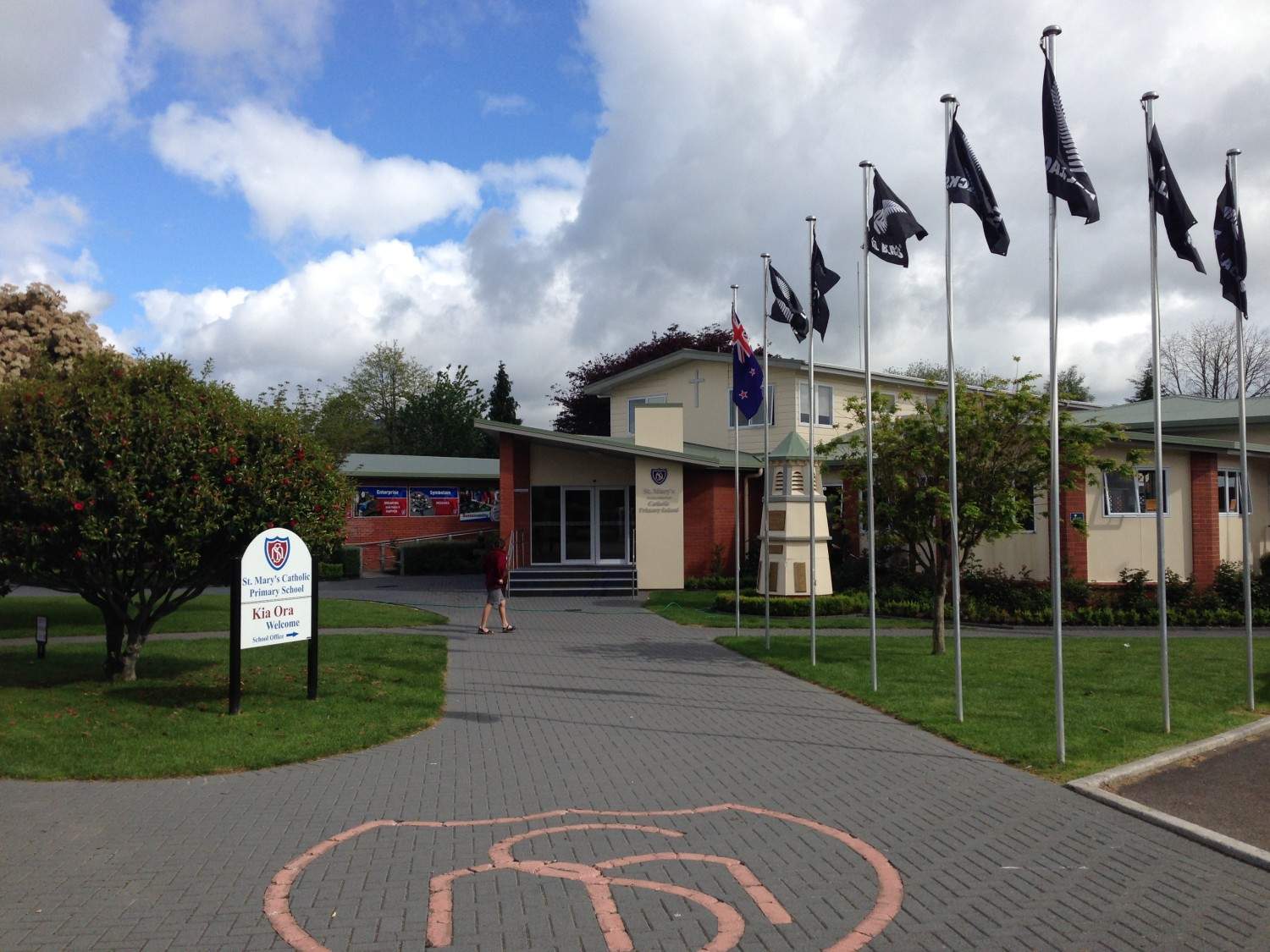 Mother Mary MacKillop, the founder of the Sisters of St Joseph, arrived in Rotorua in 1902. Mary MacKillop enjoyed spending time with the children and families at Ohinemutu Village. In 1903 the Sisters opened a primary Catholic School at the Rotorua Lakefront, behind the convent. St Michael's was the only parish in Rotorua at the time and the school was called St Michael's.

The school opened on the present site in 1924 and was called St Michael's.

St Mary's Church in Seddon Street was opened in 1954. The school was established next to the Church, at the current Carnot Street site. A new St Michael's school was built, in Western Heights, and had been due to open at the beginning of 1958. The Mercy Sisters were invited to staff this school. As the St Michael's buildings were not quite finished in time the St Michael's and St Mary's students shared the St Mary's site for the first two terms of 1958. The site became known as St Mary's when the present St Michael's School opened in mid 1958. In 1982 St Mary's Catholic School was integrated into the state system. As an integrated school we currently have a maximum roll of 450 students.

The Sisters of St Joseph continued to staff St Mary's and remained at the school until recent years. Some of our students will remember Sister Carina who sadly passed away on 12 December 2020. Sister Carina worked for many years in our school and St Mary's Parish.
Many of the Sisters of St Joseph reside in their convent in Mission Bay, which some of our past students visited while on their Year 6 camp.

We value the contribution the Sisters of St Joseph have made to St Mary's and it is wonderful that Mother Mary MacKillop, who set up the first Catholic Primary School in Rotorua, has now been declared a Saint - known as St Mary of the Cross MacKillop.